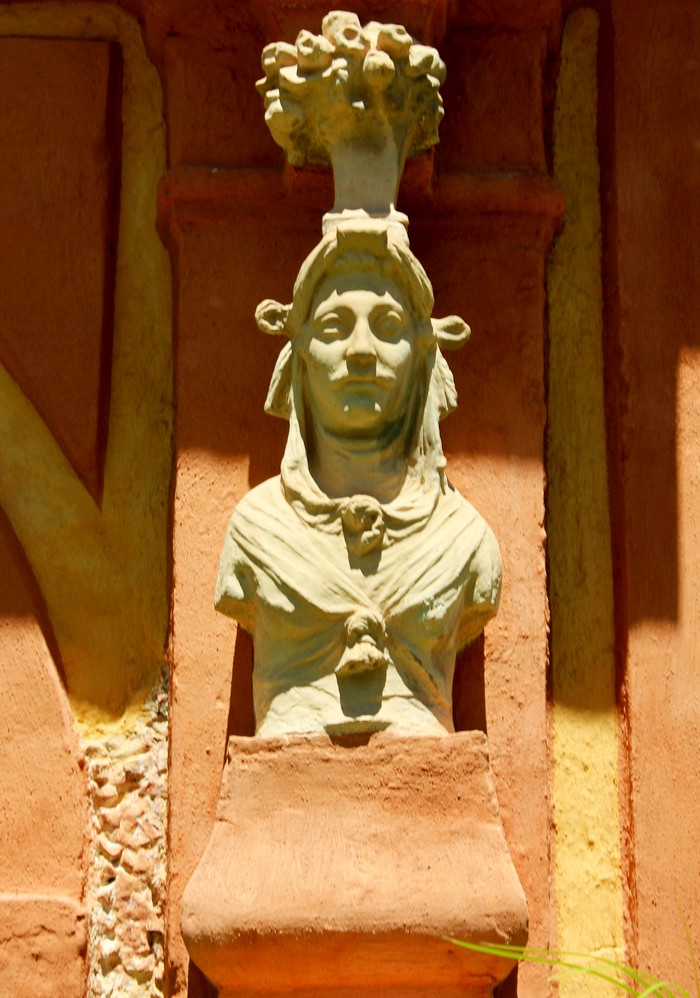 The Alcazar is a royal palace that was built for Pedro of Castille over the site of a muslim palace that was destroyed during the period called Reconquista –  a period in Spanish history that resulted in the final retaking of Spain from the Muslims that occupied Spain since the year 711.

The following is pictorial account of my day at the Reales Alcazares De Sevilla or better known at the Real Alcazar of Seville. 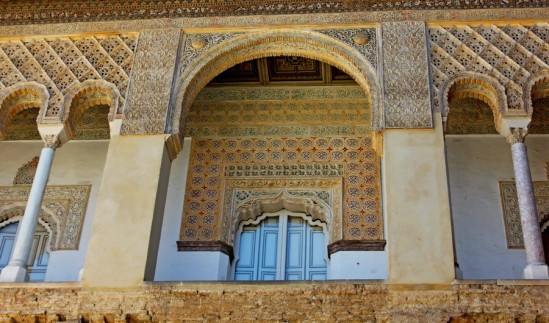 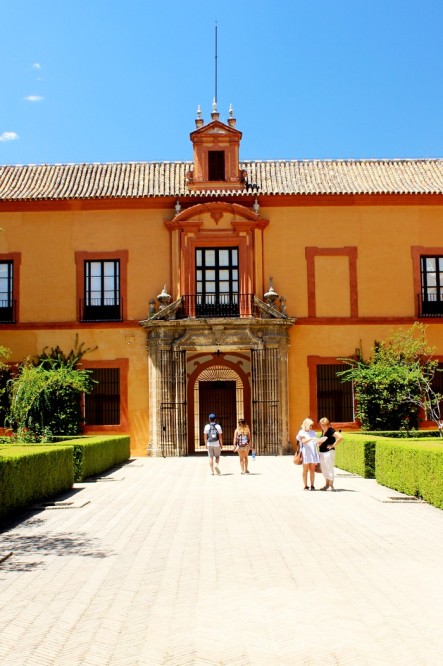 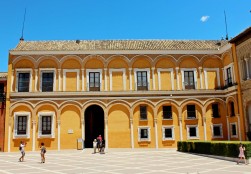 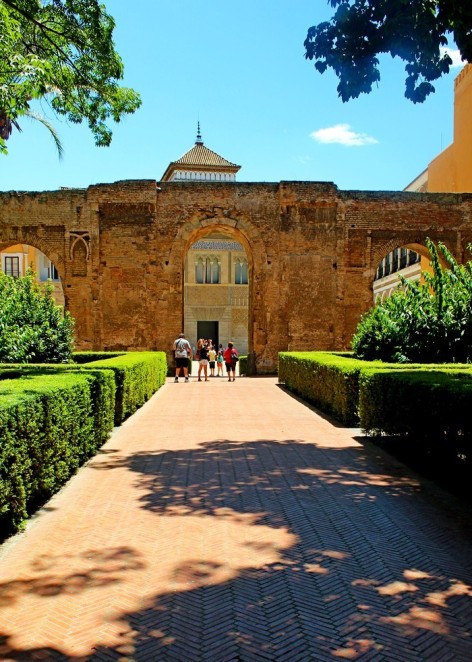 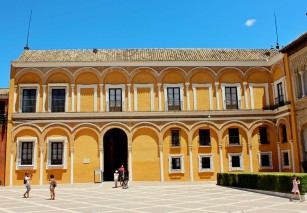 The Alcazar De Seville is one of the most visited place in the world. The architectural influences of the Alcazar include Arabic, Mudejar, Renaissance and Baroque. 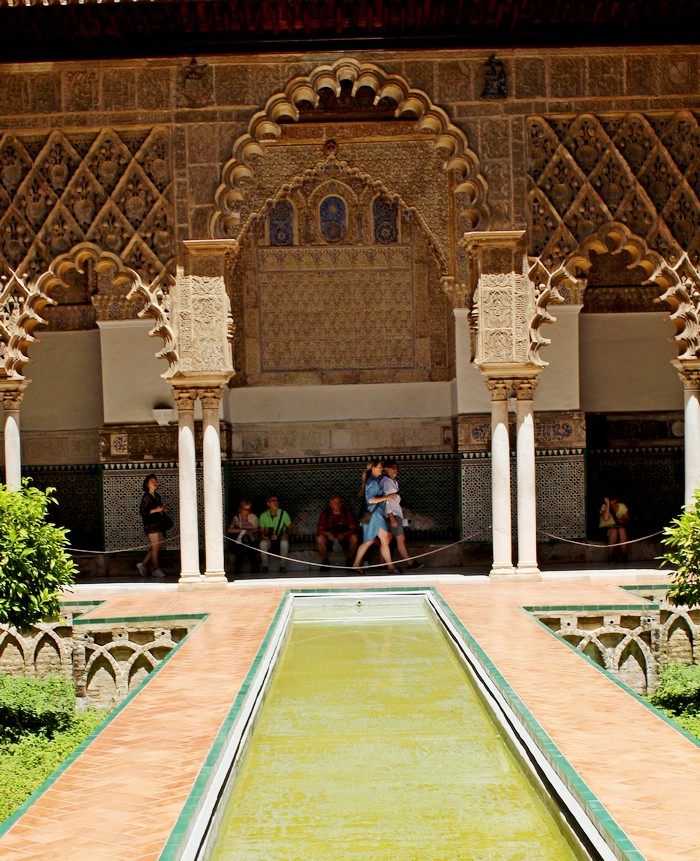 Almost all areas of the Alcazar can be accessed by visitors.  The upper floors of the palace, however,  is for the exclusive use of the royal family which serves as their official residence. 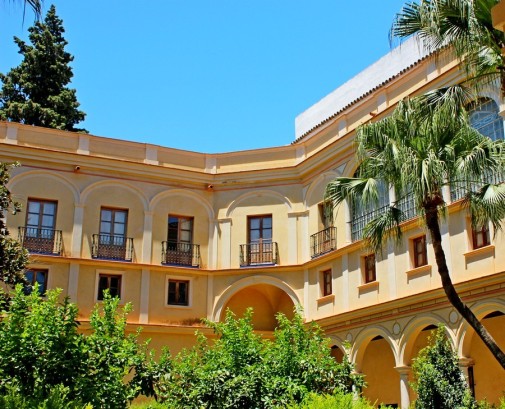 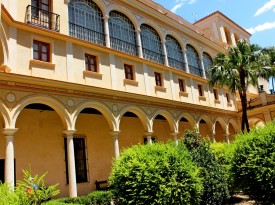 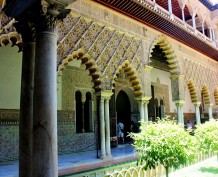 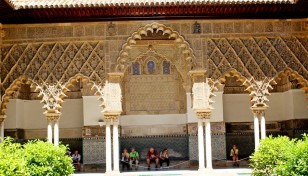 The Alcazar is considered the oldest royal palace in Europe still in use as a residence. 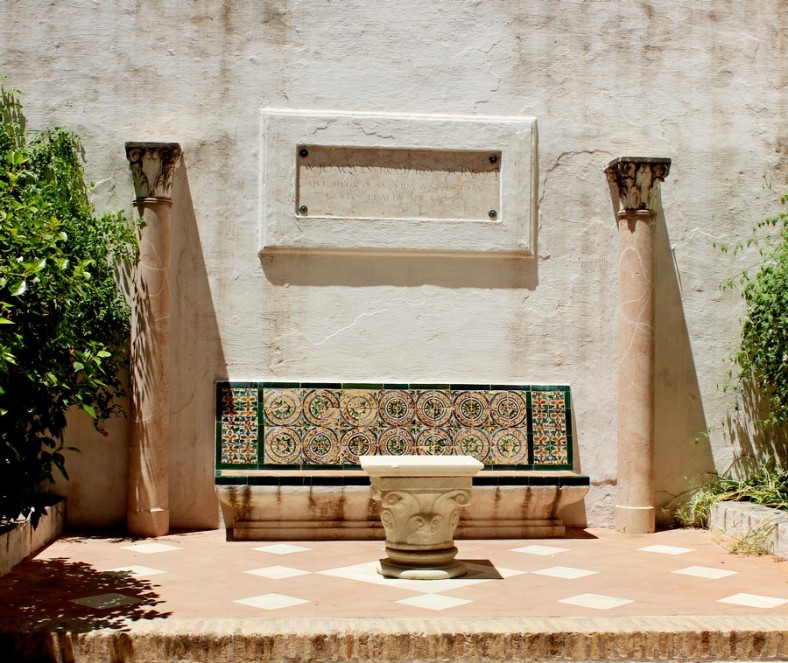 The buildings boast of wide and beautiful hallways replete with decorative motifs that reveals Spain’s long Islamic past. 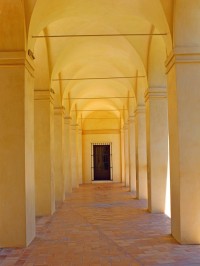 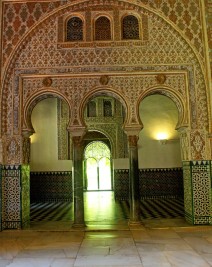 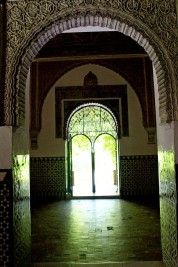 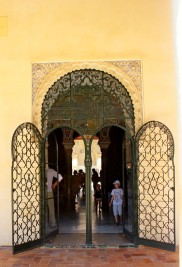 The patterns of decorative motifs are also seen in other ancient structures around Spain, from such a the Aljaferia de Zaragoza and The Alhambra in Granada. 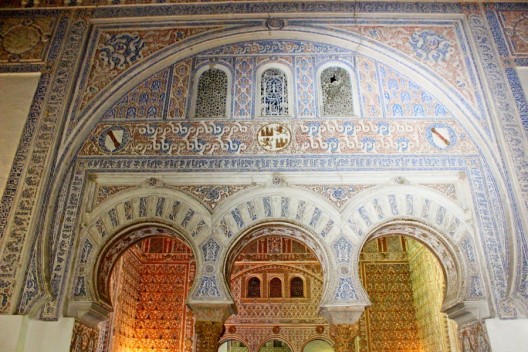 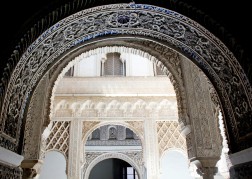 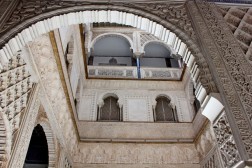 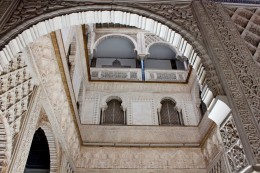 While all of the above decorative features are meant to embellish walls, floors and ceiling, patterns used in ceramic tiles are more commonly used these days for scarves, handbags, and ceramic plates which will serve as token of a visitor’s time at the Alcazar. 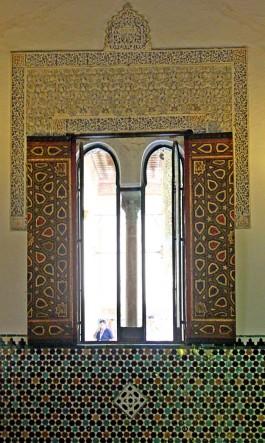 The Chapel in the Alcazar, better known as the Capilla del Palacio Gotico, prides itself with a beautiful ceiling with its rib vaulting. One section of the hallway wall is richly decorated with colorful tiles. The end of the hallway is an iconic painting of the Virgin Mary and Child.

Further into the chapel are more paintings and tapestry. The colors are a bit faint revealing their age. 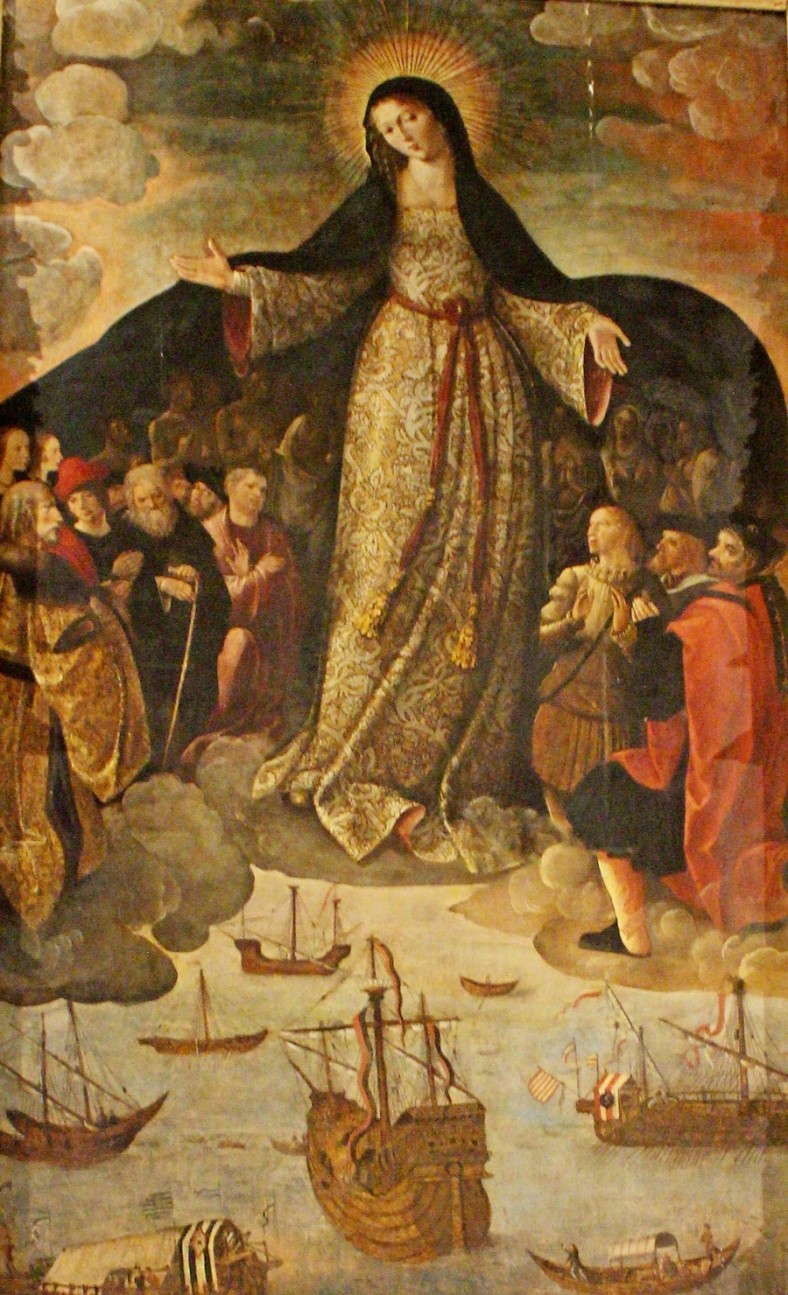 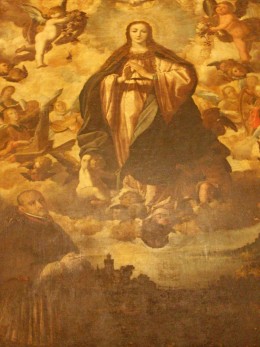 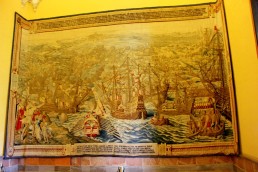 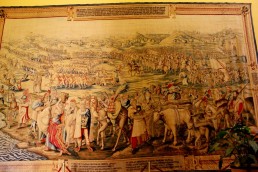 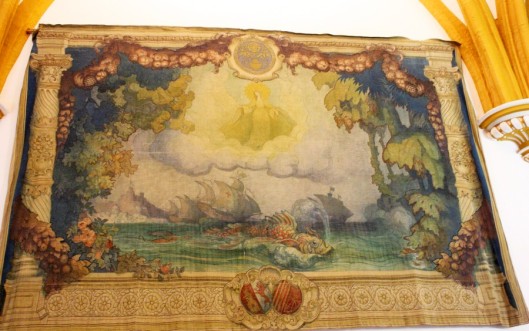 One of the special treats of this glorious walk in history is the beautiful Jardin De Alcazar or the Garden of Alcazar. For some, this garden may evoke a picture of the mythical garden of Eden. This gem is a sprawling 60,000 square meters with over 1,000 years of history. 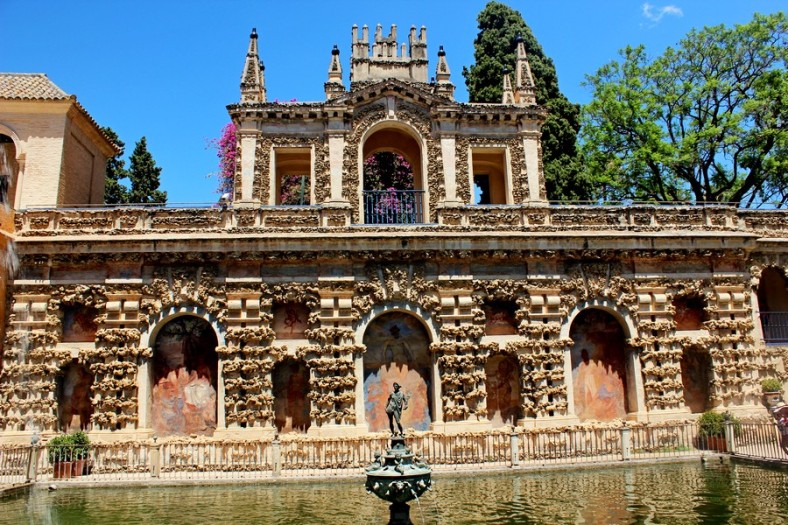 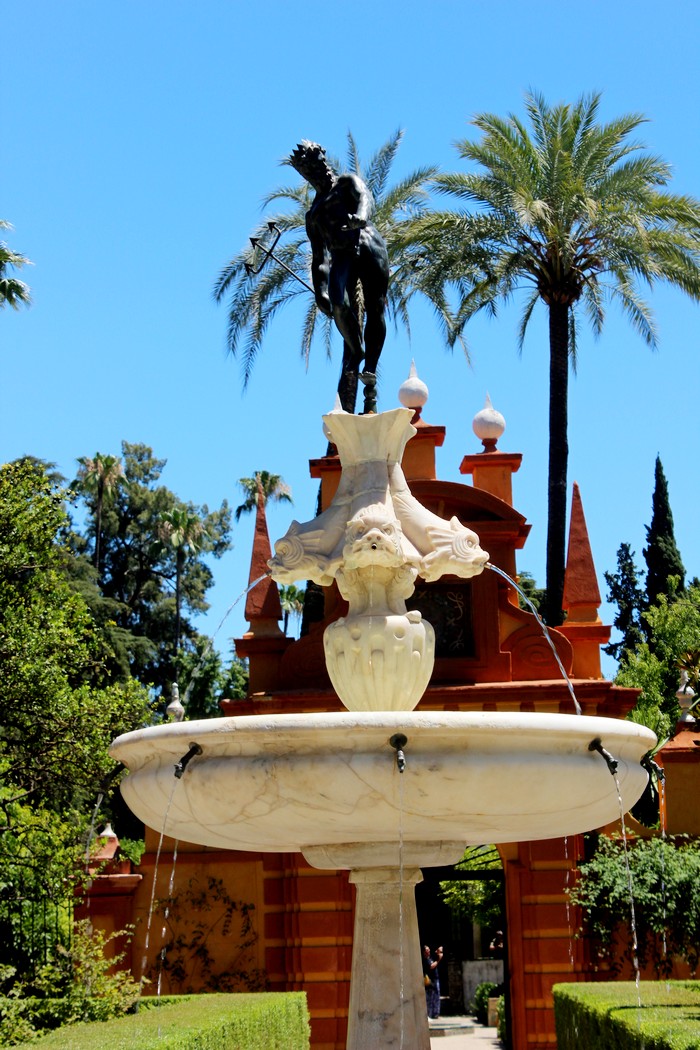 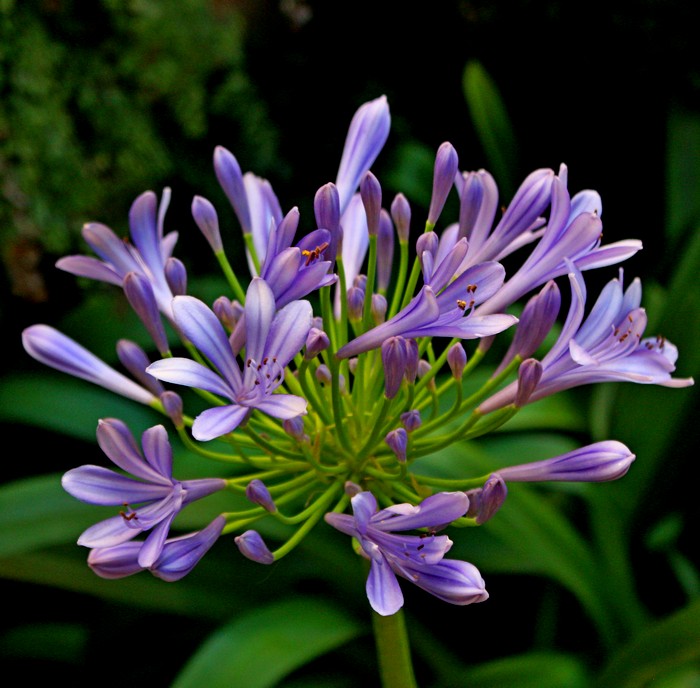 If you plan to visit the Alcazar sometime in the near future, come late in the springtime when the Seville weather is more temperate.