It was only 8 in the morning on another intense Spanish heat. The temperature has already gone up to 24 degrees. I have booked earlier for a guided tour to Toledo and Segovia on this day. I came 30 minutes early and only then did I discover that the rendezvous point was right infront of the famous and massive Plaza de Toros. The edifice was constructed in the Neo-Mudejar style, a revival of the Moorish Architectural style that was introduced by the Arabic Moors who occupied Spain from around early 700 A.D. to early 1200 A.D.

The tour bus left  few minutes behind but we were on our way without a hitch. I dozed off and when I woke up we were parked at the Mirador Del Valle which is the best vantage point for viewing the entirety of of the World Heritage City of Toledo.

Toledo achieved its glorious name as as the “Imperial City” for serving as the court of Charles V,  who served as the King of Spain from 1516 and as the Holy Roman Emperor from 1519. Toledo also achieved its fame as the “City of the Three Cultures” as Christians, Muslims and Jews coexisted peacefully in this small city. Toledo, was already established as far back as the 5th century long before the Romans came to Spain and was inhabited by the Carpetani, a pre-Roman Celtic people.

One of the entrances to the city of Toledo by foot is through the Puente De Alcantara, the name of the bridge was derived from the Arabic word al qantara which means bridge.

The bridge, however, was built by the Romans and spans the Tagus river. The Tagus runs through the the mountains of Spain and reaches all the way to Portugal before it empties into the Atlantic Ocean.

The most prominent building that can be seen from the Parador is the Alcazar.

The magnificent building sits on the highest point of Toledo. It has gone through several reconstruction through the centuries and had multiple uses such as a palace,  royal prison, a military barracks and now as a military museum. The building represents different types of architecture such as Renaissance, Medieval and Plateresque. 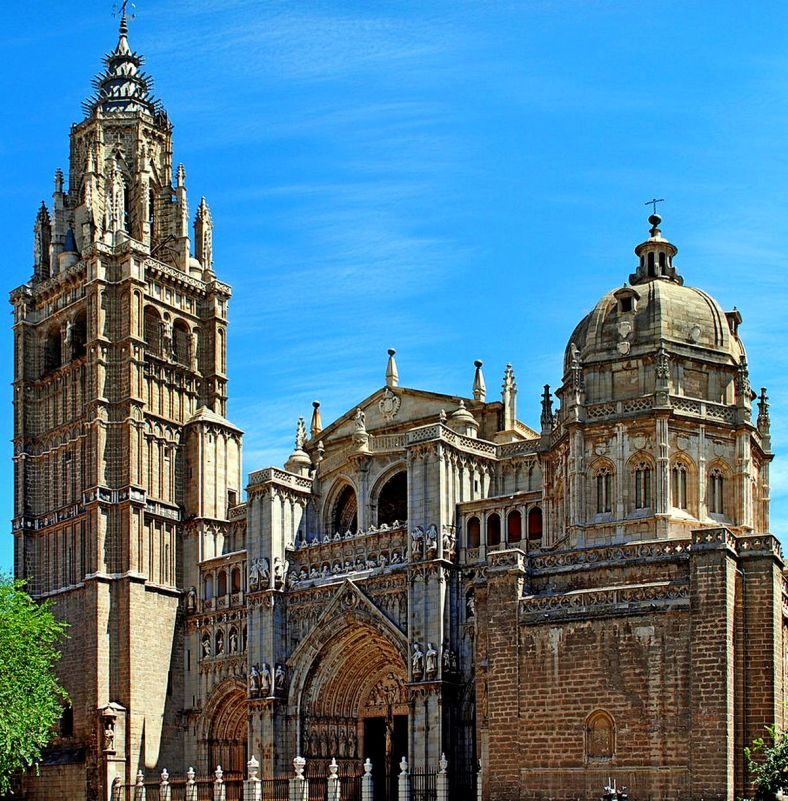 The construction of the impressive building was started in 1227 and followed the principle of Gothic Architecture with its pointed arch and ribbed vaults which was the architectural style that was in fashion around the 12th century. The Catedral‘s facade is adorned with several religious statues that are just too many to identify.

Equally as impressive is the Monasterio de Juan De Los Reyes that was constructed in the Gothic Style. 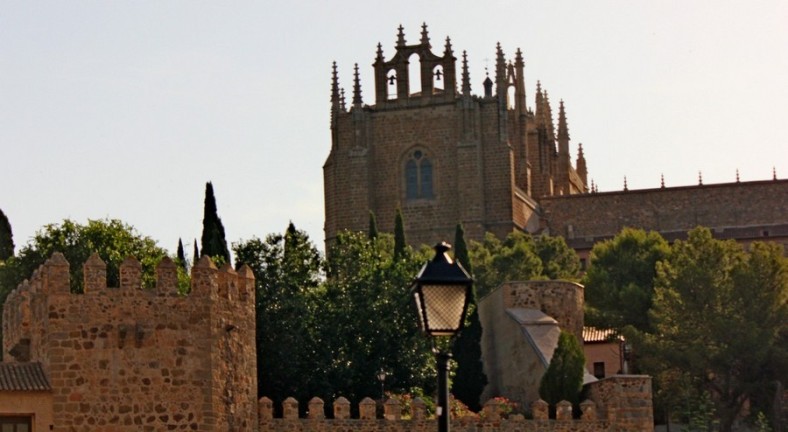 It was intended as Royal Mausoleum for Ferdinand and Isabela but the Royal couple changed their plans and were buried instead in Granada. 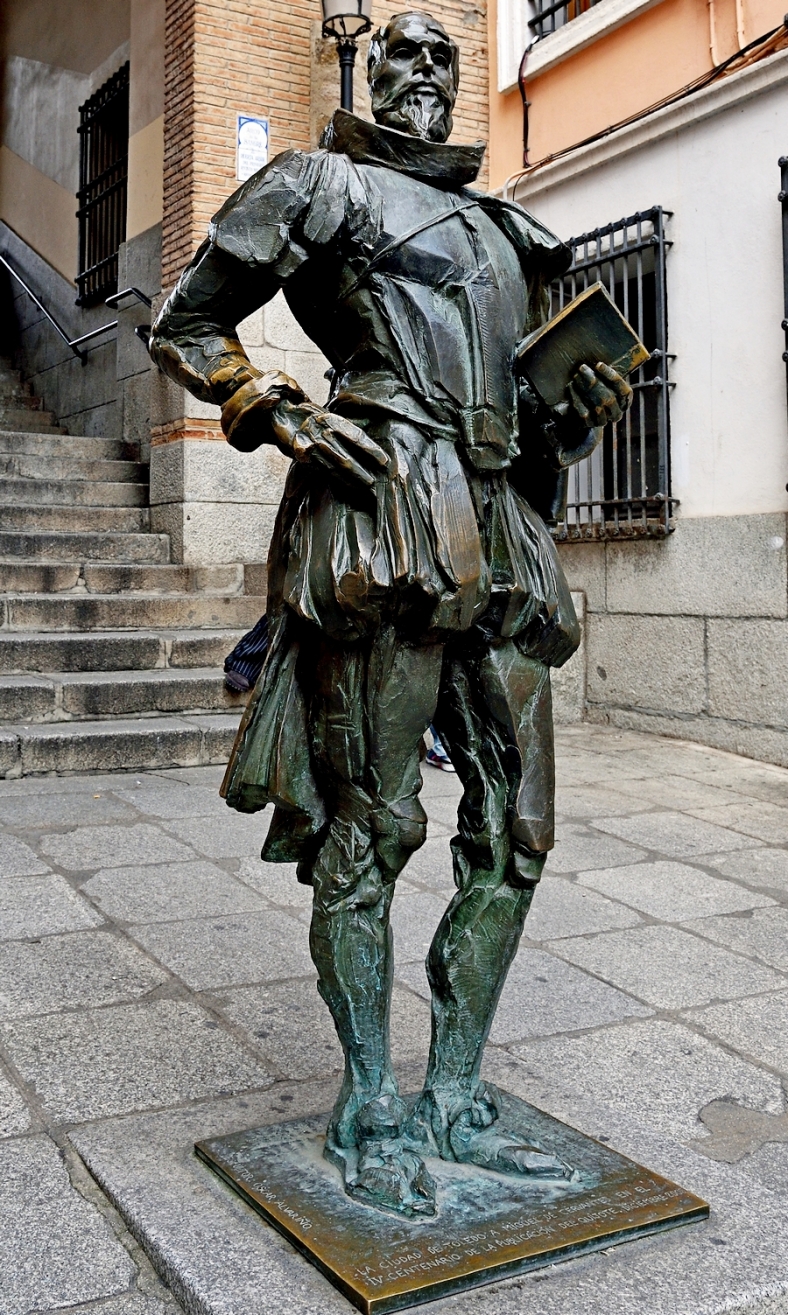 The picture below shows a portion of the walled city of Toledo.

One of the festive streets on Toledo as seen below.

Balconies and walls of the streets are adorned with colorful banners.

An ancient coat of arms adorns the a wall in one of the streets.

Sadly, our visit to Toledo was rather short and did not allow much exploration as our next destination, Segovia, awaits us.